Better than expected for a sunny west-north-westerly

Pale bellied Brent Goose - nine, seemingly all unringed, north of  the head in am, then on Red Nab early afternoon.
Osprey - one NW across the bay 1240ish
Whooper Swan - record flock of 54 in transit 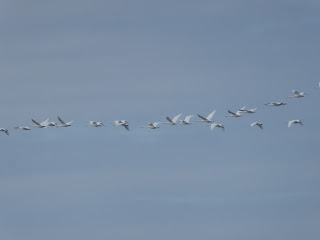 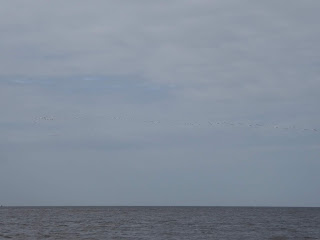 One Wheatear and a Rock pipit near salt marsh.

No obvious vis mig other than a trickle of Albas  and meadow pipits
Posted by Pete Marsh at 23:46 No comments: