Fly tops the bill - on an otherwise quiet day

Wind constantly from the south. No sun, but surprisingly, the rain held off.

Found on beach at half moon bay, Heysham today

Never would have guessed that this was Sepsidae 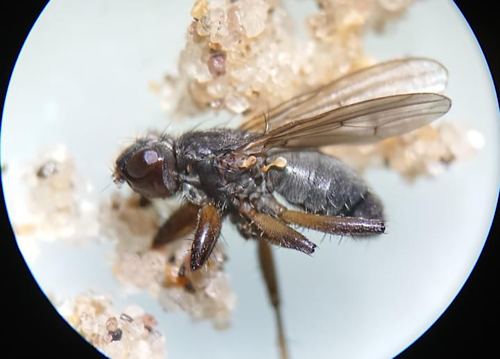 Report and picture from Nicola Garnham

Eider 72 in the low water channel out from Knowlys Rd. 63 in one distant flock, the remainder scattered.
Middleton Nature Reserve
Just a quick check of the "no swimming" pond at dusk.
Mute 1 adult
Coot 5
Moorhen 4
Gadwall 18
Shoveller 1 male
Teal 4
Little grebe 2
South shore
Rock Pipit 1 plus another bird on the Heliport
Wigeon c160 waiting in the channel near No.2 outflow.
They usually drift along this channel until it reaches the feeding area on Red Nab, but it was getting dark quickly and a breakaway faction decided to waddle across the mud to Red Nab. 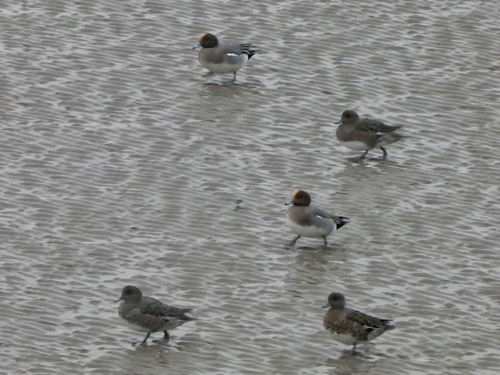 This photograph fails to convey the urgency of the waddling. So I've attached a video. It all got too exciting for some of them, who flew the last 50m.
The background noise comes from the wind and the Power Station, but you can still hear the ducks whistling.
When I reached the edge of Red Nab, the early Wigeon were feeding on the gut weed. This would have been available all the time the tide was out, but it is easier to eat in shallow water as its hollow tube structure means that it floats. I guess the last minute rush depended on how hungry they were.
Posted by Pete Marsh at 20:18 No comments: