The winds eased slightly today, getting wild again tomorrow. Rain pretty much on and off all day.

Mediterranean gull 1 adult plus 2  x 2nd calendar year flew south, early in the tide from Red  Nab. No others seen

Common Tern At least 4 on and between the two outflows about an hour before high water. 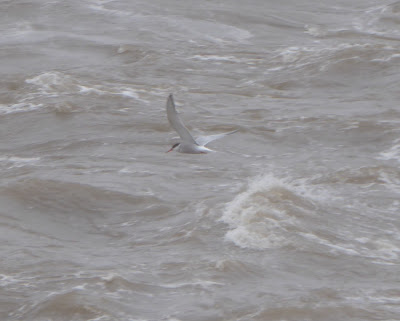 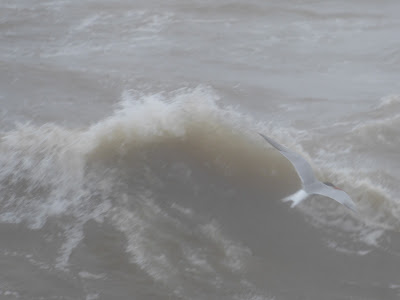 The winds may have eased, but the sea is still "well developed" and the waves will quickly build as the wind increases tomorrow.
Posted by Pete Marsh at 20:12 No comments: