Waders on the move

Evening update
A further 7 Whimbrel and 3 Dunlin to add to the tallies below, plus Rock Pipits feeding young. Here’s Dad keeping an eye out for approaching humans and other potential predators: 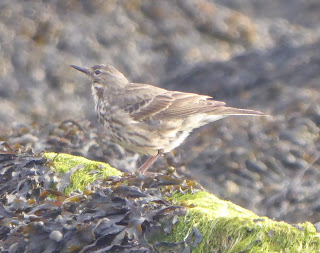 Seabirds, waders and gulls:
Arctic Tern - 17 +15 +10 in
Sandwich Tern 6 in, 2 on the buoys and 1 chased by a skua (see below)
Red-throated Diver - 3 in
Guillemot - 1 out
Razorbill - 1 out
Auk sp - 2 in
Arctic Skua - 1 dark-morph at 0918hrs chasing a Sandwich Tern
Common Scoter - 1 floating in
Dunlin - 281 plus others distantly
Golden Plover - 3
Grey Plover 21
Ringed Plover 13 on Ocean Edge saltmarsh
Bar tailed Godwit  -2
Mediterranean Gull - 1 2cy
Common Gull - 181
Leucistic Common Gull pretending to be an Iceland Gull. The photos, although not good because they are heavily cropped, show a white Gull but closer inspection shows that the wing tips are actually grey. 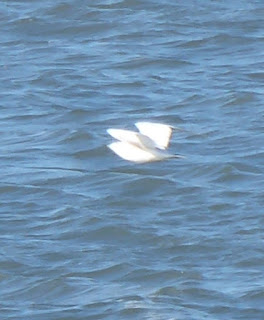 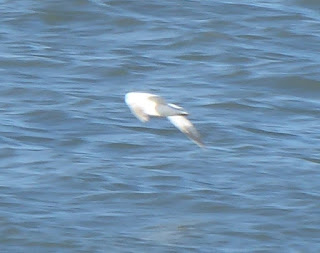 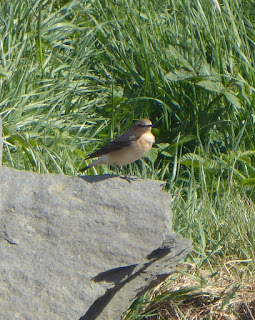 One of the two Wheatears. Presumed ‘Greenland’ type as it was larger than the ones that passed through last month.