Saved by the pug 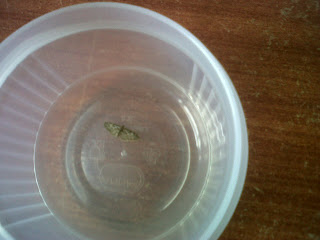 Heysham Obs
Seriously challenging early morning visibility for seabirds and the 'flipside' of these conditions, potentially grounded migrants, appeared to be absent but there was (just) too much damp in the air for any mist netting (condensation on nets and wetting any captures).  The moth trap came to the rescue

Moths
Oak-tree Pug - first record for here since two in May 2000 (the only previous), plus TWO Streamer (second and third this year but only four or so previous records since 1980)

A bird
The only one worth mentioning was the first (singing male) Reed Warbler of the year for here on Middleton IE.  There were still c75 Turnstone on the north wall skeers but absolutely nothing else of even the remotest note
Posted by Pete Marsh at 10:18 No comments: