Overcast and feeling cooler today, despite the wind coming from the west.

No reports received so far today, other than my (MD) brief check of the skeer just before dark. The only sign of movement were two swallow north just above the water and two off passage Whimbrel. Plus the regulars:
Knot only c250
Great-Crested Grebr 10
Red-Breasted Merganser 6
Eider, c30 mainly male flew to skeer from the inner bay. 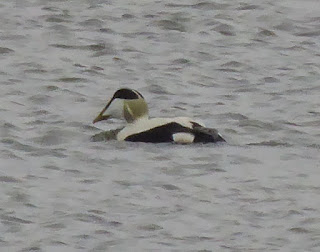 As with most familiar birds, their beauty is often overlooked.

These pictures from Janet of Reed Bunting and Sedge Warbler are from Middleton yesterday. No dragonflies reported as yet from Middleton, despite good numbers of Four-spotted chasers at nearby Heysham Moss.. Perhaps tomorrow. 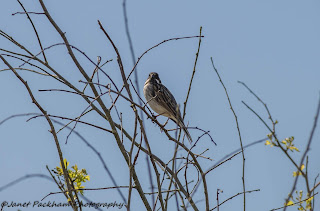 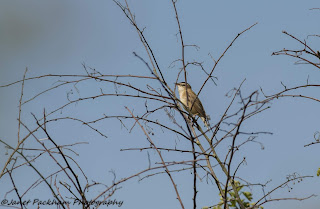 Lunar Marbled Brown (SD46A)
This moth from Kevin's trap yesterday, may be the first record ever for the Heysham area. 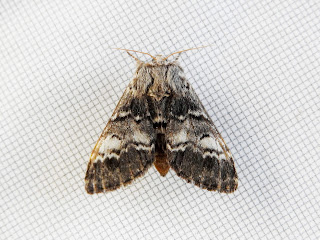