Heysham Obs
Coverage was a little 'bitty' today with no mist-netting to assist document what was obviously a reasonable. if not large, arrival of migrants, notably Willow Warbler and Wheatear.

Twite
Still at least 52 early morning, but no sign at lunchtime 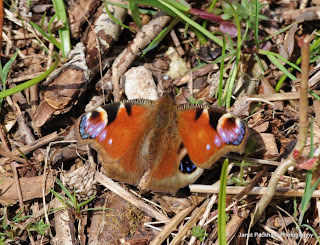 Comma and Small Tortoiseshell seen as well today.  Thanks Janet
Posted by Pete Marsh at 20:40 No comments: