Westerly breezes again. A bit cooler, with less sun and a few showers.

The high tide check for Mediterranean gulls was interrupted with a white winged bird resting on Red Nab. 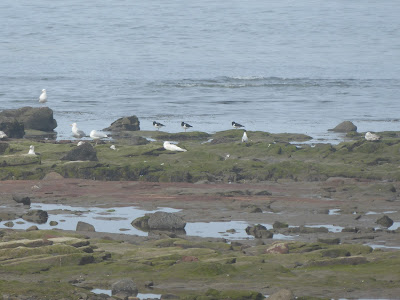 It was hunkered down at first and doing a very good impression of a Glaucous gull. 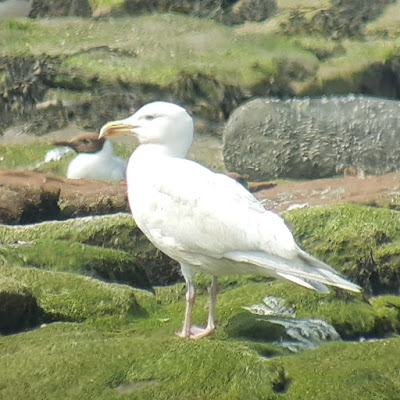 But this excellent picture, by Matt Jackson, later on when it stood up, revealed it to be a leucistic large gull. Probably a large male Herring gull.

Middleton Nature Reserve
Mute Swan - Pair with 5 chicks plus 1 adult with 3 x 2nd calendar year on main pond. Pair plus 3 chicks on "no swimming" pond. 1 adult on Tim Butler pond
Coot a pair on all three main ponds, all have had chicks and at least three still being fed. 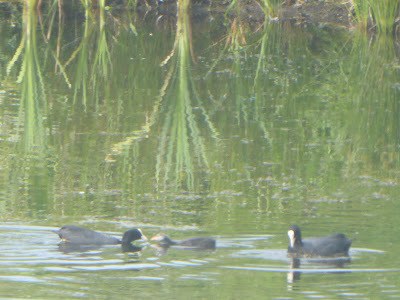 Moorhen 6 seen today - two pairs at least have had chicks, none seen today.
Mallard - the nomadic female, still has 10 well developed chicks
Little grebe pair on both "no swimming" and Tim Butler. Both have had three chicks, two seen on "no swimming" pond today.
Swift 4, Swallow 4 and House Martin 2 feeding over main pond.
Stock dove - at least 2, probably 3 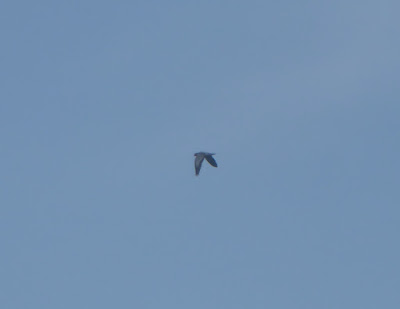 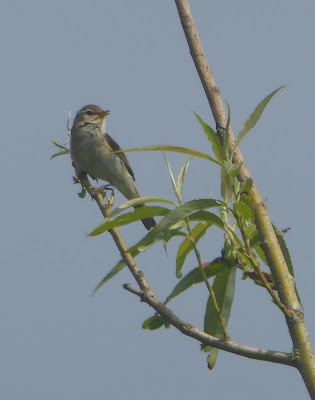 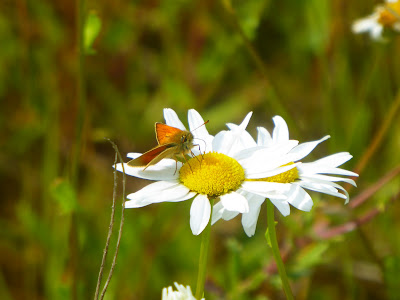