The one that got away - it's always the best one!

Low cloud early on with a gentle southerly breeze, later brightening up and the breeze switching to west.

"The one that got away" refers to an Osprey. Two observers saw the waders on the shore spooked, but couldn't locate source, only to find that an Osprey had been reported heading towards the area. Later shortly after an observer left the Red Nab area, an Osprey was seen approaching Sunderland Point from Heysham - missed by minutes!

Grey seal 6
No sign of passerine migration or even swallows 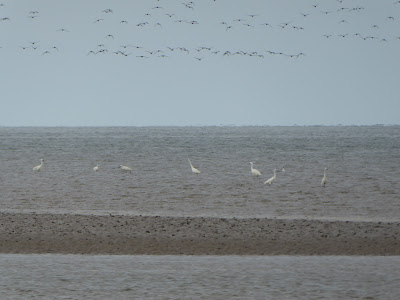 These 7 together, plus the regular bird here is just out of frame. The waders flying above are Oystercatcher.

Kittiwake 76
08:40 A flock heard above Heysham Head. They were above the cloud line but as the approached the skeer they dropped below the cloud. 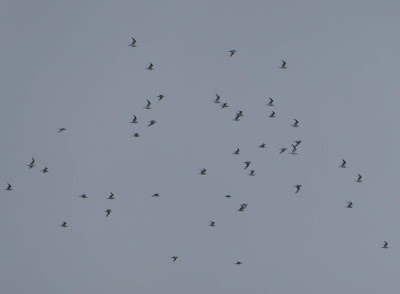 They then circled high (right over my head MD) 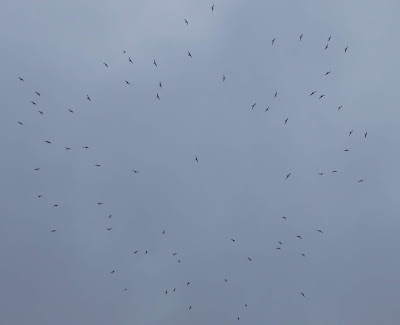 Before heading off NW 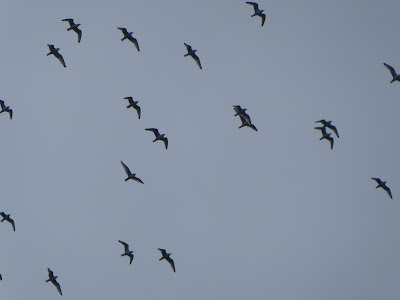 Reserves
The late morning and afternoon sun brought the insects out

Butterflies:
All the early flyers are still around including: Brimstone, Orange Tip, Small Tortoiseshell, Peacock, Comma and Speckled wood
New for year
Common Blue on Heysham and Middleton 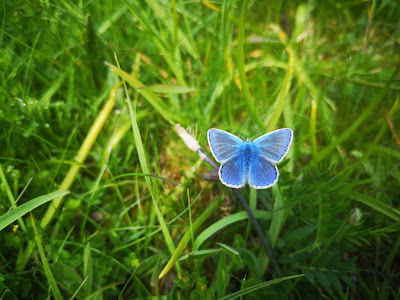 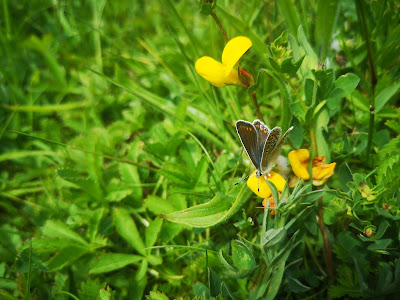 Jant took a leaf out of Pete's book and took these with here phone camera. 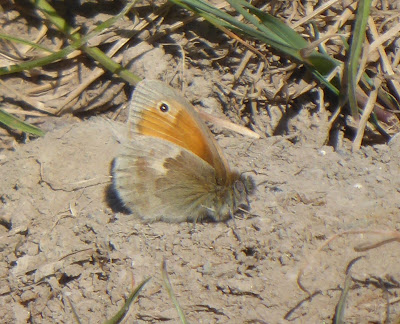 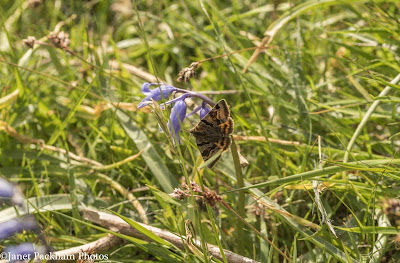 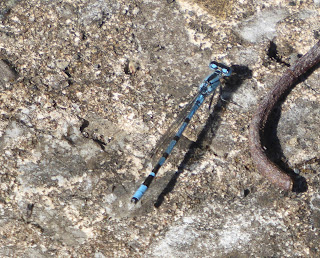