Heysham Obs
This was a very odd day.  Not a lot was seen but it involved two lots of unprecedented multiple records and a good individual wader sighting for here.  Also record numbers of Treble Bar.

Vis mig 0700-0730 Heysham NR office
Carrion Crow - flock of 8 south
Chaffinch - 9 singletons south
Song Thrush - one ticking from a bush then high inland - typical migrant behaviour and we do get quite early ones here from about now - 'British' plumage (one ringed at Hexham)
Black-tailed Godwit - flock of 12 high to the north!  Never seen one from the office and not common here even on the coast
Meadow Pipit - 3 SE
Linnet - 5 SE
alba Wagtail - 7 separately SE
Grey Wagtail - one heard to the east

Moths
Mainly two species - 52 Treble Bar and 20 Silver Y (& 3 A. latistria).  This is a record single catch for Treble Bar for at least Lancashire 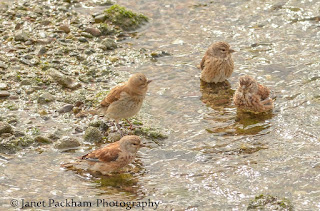 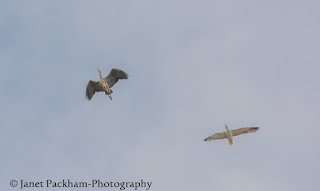 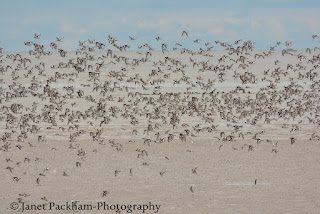 Thanks for these great pics Janet