Heysham Obs
Todays news included the possibility of yesterdays 'whirring thing' ending up as a Little Auk inside a Great Black-backed Gull at Rossall today.  Work prevented high tide coverage of the south side but there were a few bits and bobs around the harbour/north wall 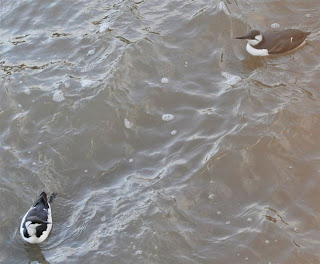 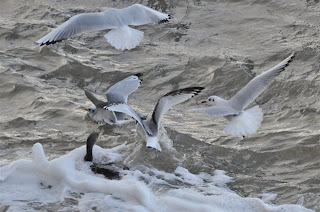 The fare in the south-west corner of the harbour.  Thanks Janet
North harbour wall/harbour
Med Gull - adults patrolling the north wall and sitting on Fisher's roof (two birds)
Kittiwake - 7-8 in the harbour
Cormorant - two in the harbour (no Shag seen)
Guillemot - 2 in harbour
Auk spp - probable Razorbill out but very distant﻿
Posted by Pete Marsh at 23:08 No comments: