The wind was much lighter today, as was the early rain. The rain finally petered out by mid morning, after that the sunny spells became longer and the afternoon was quite pleasant.

Heliport area (PM.MD)
As the tide covered the rocks in front of the Heliport just 39 Common Snipe flew to the heliport grass, and 20 of those came from further north. Much fewer than early in the week, presumably a reflection of the amount of waterlogged ground there currently is in the area.
This is a slightly different view view of the Oystercatchers roosting on the heliport wall. It was still raining and quite dark at this time, as can be seen by the light above them. 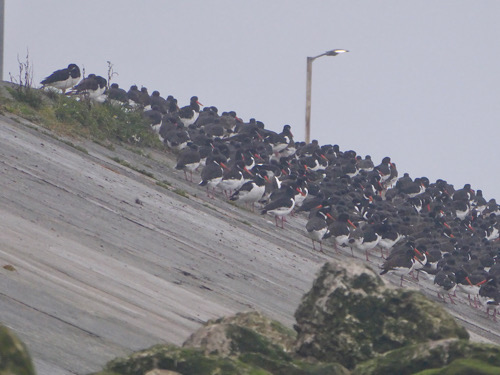 Later Pete somehow managed to identify a ringed bird amongst those roosting on the near naze.
Identified as a bird ringed in May this year in Iceland

There was also a Dutch ringed Knot, that managed to evade complete identification.
Rock Pipit 3 below slipway near the cafe.
Red Nab
Not much, these three Red-breasted Merganser were feeding in the shallow central pool as the tide came in. 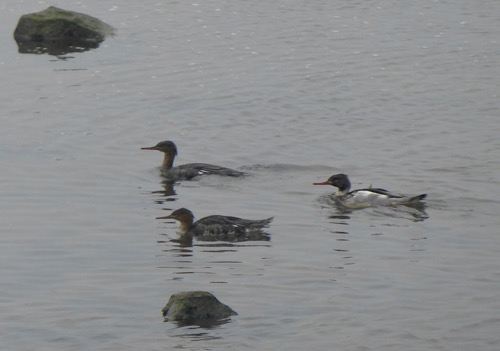