Light breeze started from the south, before moving to the west. Warm and sunny all day.

A further five Grey Wagtails were seen but escaped capture. Meadow Pipits were attracted to the MP3 player in small numbers (at least 27) as well as the five captured. A flock of 25 Starlings flying fast south at 10.00 were probably passage birds.

Little Egret 12 in the vicinity of Red Nab

Chiffchaff 2 and Pied Wagtail 7 south side of harbour

Wheatear 6
Rock Pipit 2
Sand Martin 2 south
Spotted Flycatcher 1. Feeding from the trees on the west side of the wood.
Heysham Nature Reserve afternoon
Janet took these shots during her stroll around

Buzzard 4 together on eastern boundary, see below
So far, with very few exceptions, the only records I have posted on this blog have been within the recording area for the Observatory. This is a bit of a shame, as it excludes some interesting records within the Heysham area, but outside of the recording area. Most notably Heysham Moss which is just east of the rail track that acts as the eastern observatory boundary. So, starting today anything of note in the Heysham area but outside the recording area will be included in this post as an addendum (in blue), but obviously will not be included in the Observatory annual report (MD)
Out of recording area
Heysham Moss Reserve
This is a very nice reserve, in many ways my favourite of the three local reserves, although the going can be a bit tricky away from the maintained pathways. But there is plenty to be seen from the paths, particularly this time of year when the insects are active. The easiest access is from Meldon Road, just north of Jenny Nook. There is a footpath over the railway bridge and the reserve entrance gate is c100m past the bridge.
Today myself with Peter and Rosemary Silvester had a walk along the western edge of the reserve.
One of the objectives of today's walk was to see how the Black Darters are doing this year. The answer is, not bad, but the males might be a bit lonely, as no females seen today.
Black Darter 2 males seen from the main path, another 7 males were located with a quick excursion into the peat moss on the south section. 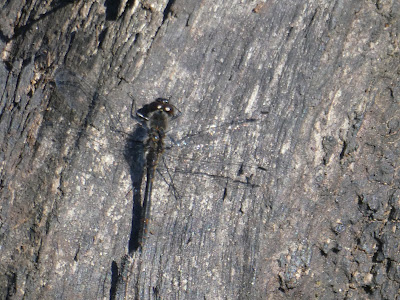 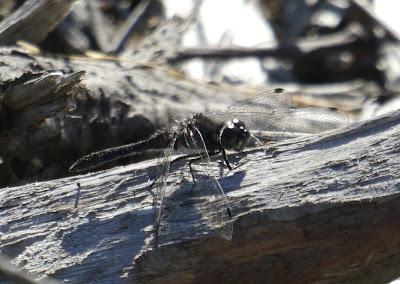 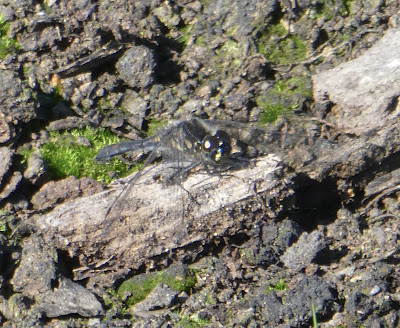 There were lots of other interesting insects to see. Rosemary took these shots.

All of today's pictures are high resolution and much better appreciated when opened.
By late morning there were Common Darters everywhere, in one small pool there were 9 pairs ovipositoring at the same time. This clip shows four pairs, and it is a fifth pair that quickly flies through the frame.
Buzzard 4 together, being harassed by a Sparrowhawk, while gaining height on the thermal created by the Moss before drifting to the west into the recording area.
Posted by Pete Marsh at 20:52 No comments: