The gale force westerlies over the last few days eased to "strong winds" this morning and continued to subside throughout the day.
Little gulls
A 1st winter waif was hanging around with the BHG near the wooden jetty at low water.

Reports from the stone jetty indicate that there were between 25 to 30 flying out over the tide.
Three hung around the outflows for a while.

These excellent pictures from Kevin Eaves. 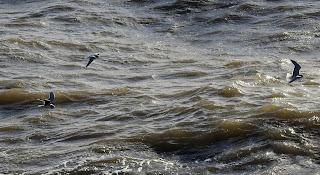 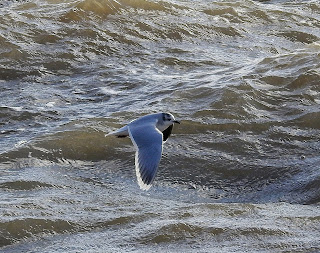 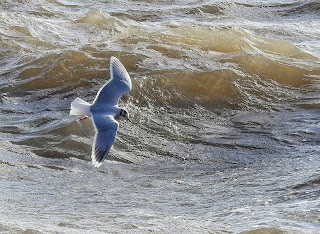 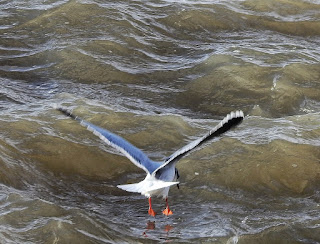 Kittiwake 1 resting on water out from the salt marsh at high water.

The Linnets and Reed buntings also returned to Ocean Edge salt marsh.
Rock pipits 1 near lighthouse plus 3 feeding on the new storm generated flotsam in the corner of salt marsh. 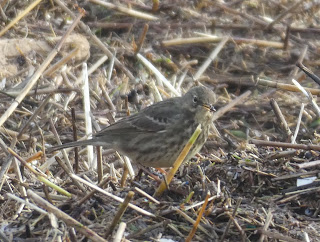 This one, at least, appears to be feeding on a seed, but probably a small pupae. 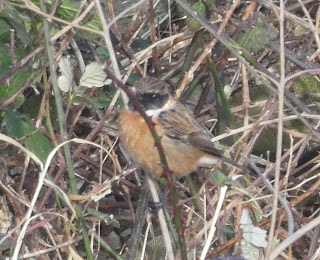