The perfect early morning on the local patch

Heysham Obs
Decent sea-watching coverage this morning and a decent passerine just by turning your head round at the same spot!  Surprisingly few birders around for a Sunday and the recent seawatching goodies 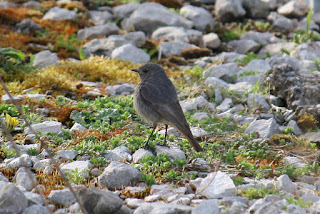 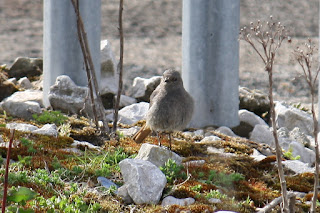 Taken by Pete Cook.  Thanks for these

Landbirds north harbour wall
Wheatear - large male in sandworks, another earlier when the Bk Red appeared
Black Redstart - female type on the gravel between the narrow section of road and the Centrica fence from 0715hrs until Sunday population pressure took its toll (including child with escaping balloon) and it melted away about 1045hrs
Linnet - seemingly three pairs in the gorse on the mound (SD36V)
Posted by Pete Marsh at 12:03 No comments: