Far from the madding crowd!

It started overcast with light rain, cleared in the afternoon then cloudy again by late evening. Winds still from SW.
First, Janet's picture of one of yesterday's Middleton Swallows. 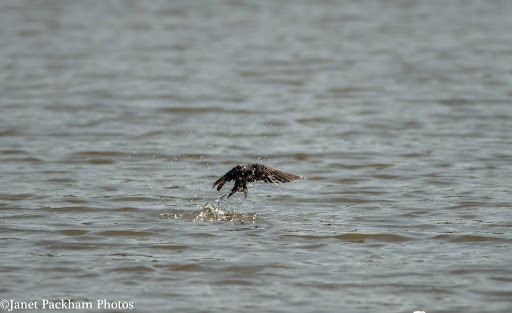 On Thursday they were picking flying ants off the water surface, with some grace. This one splashing seems to be just cooling Down. It was very hot yesterday. (MD)
Heysham skeer early evening, either side of low water (MD)
A very pleasant stroll without encountering another soul.....
Great-Crested Grebe 1
Eider 1
Little egret 8
Oystercatcher and Curlew- lots
Whimbrel 1
Redshank 40+
Turnstone 30+
Knot 1 - first of autumn
This Great Black-Backed gull found a flounder in the shallows 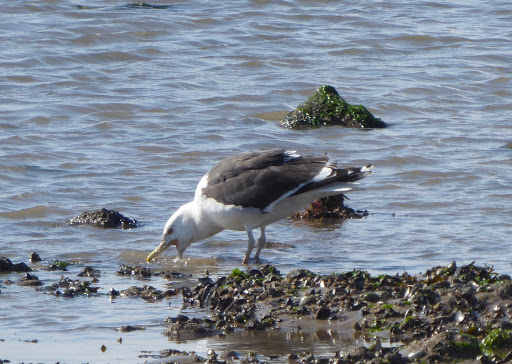 It was already dead but fresh, and had been bitten from behind cutting off the rear end. The obvious culprit would be a seal, but seal do not feed like this. A seal's canines would have gripped the flounder. It would have then eaten it, the nutritious front end first. All I can think of to bite off a portion like would be a Tope. These are reasonable sized shark, not uncommon in the deeper channels around Barrow, and do occasionally frequent this side of the bay. 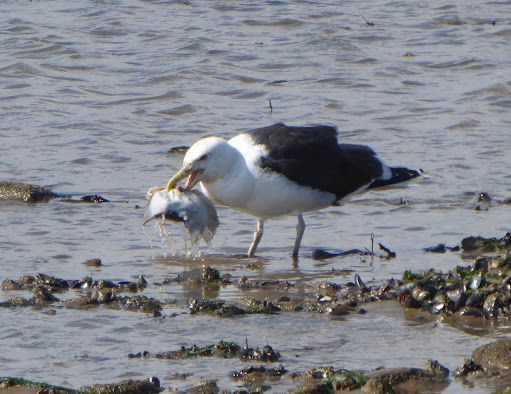 Its rear end being missing didn't stop it from being too wide for the gull's gape. I watched it try this way three times before I left it alone. 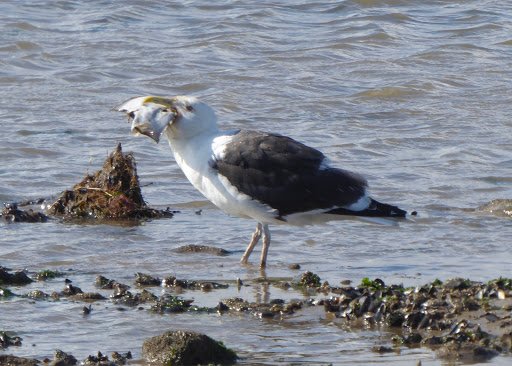 I returned 30 minutes later, the GBB was still on same piece of skeer, but no sign of the flounder, so presumably it eventually managed its supper.
The mud seems to be leaving the skeer faster than new mud is building up. The mussel beds are much lower, and more secure now. But very patchy, all this area is normally covered With mussel beds at this time of the year. 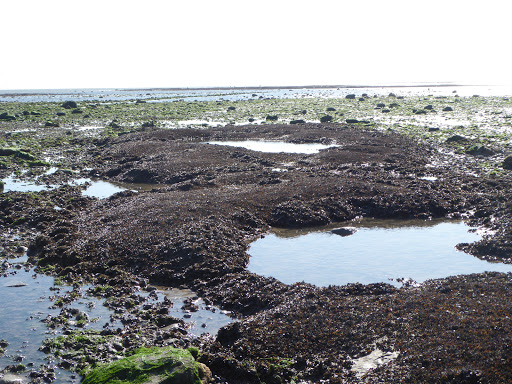