Heysham Obs
A few short sorties today in between a lot of work. 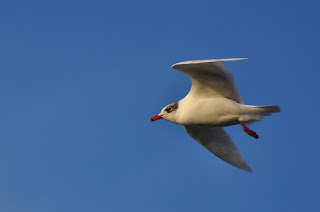 No Kitts, ferry sneaked in unseen!

Elsewhere
It might seem beyond belief listening to the howling wind, unless you are familiar with the sheltered Millhouses site, but I've seen 60 moths today........:  40 Pale-brindled beauty, 12 Spring Usher, 2 Early Moth, 5 Dotted Border and a Tortricodes alternella.  A big-enough sample to say that the speciality of this site at/from this time of year, Small Brindled Beauty, is not out yet.  Note lack of hibernators: Chestnut/Satellite/Red-green Carpet which were regular during the mild first week of January
Posted by Pete Marsh at 12:43 No comments: