The strong winds moved a bit more to the west and eased slihtly during the day. Early seawatching from jetty by Shaun. Other sea records from various locations at Heysham (PM, JP & MD)

Other morning records:
Fulmer 1
Gannet 18 distant and 3 very close
Sanderling 5 out
Grey Plover flock of 14 out
Mediterranean gull 2 x 2nd calendar year. One with a dusky head is new to area. 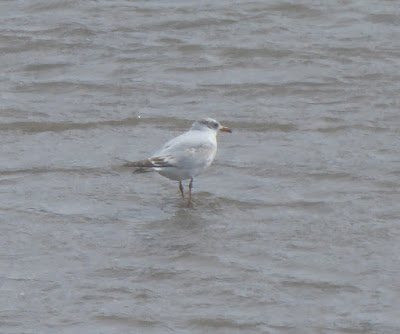 This bird was seen by three observers in different (south side) locations today.

Arctic tern one initially on No.2 outflow, later switched to No.1. 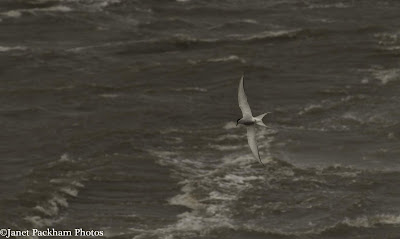 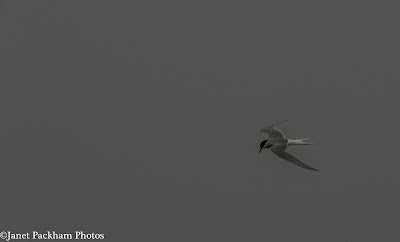 These excellent pictures by Janet are incredibly difficult in the teeth of a gale! 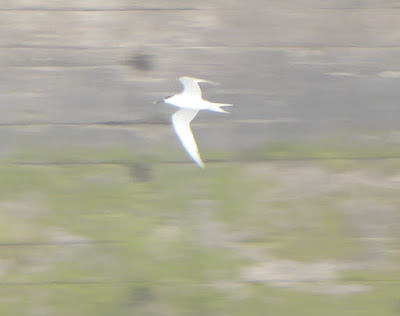 The last one hung around the inner harbour