The winds continue from WSW not quite as strong as yesterday, but enough to drive plenty of seabirds into the bay. Heavy, but isolated showers, with some periods of bright sunshine.

They headed off south just after this at 09:30. This clip shows just how well developed the sea was. Even in this weather, they find time to bicker.

This clip is just a few of the Kittiwakes heading out. Not very clear, but provides a sense of today's movement.

This is the Pilot boat it's still in the harbour here, but it's rough. 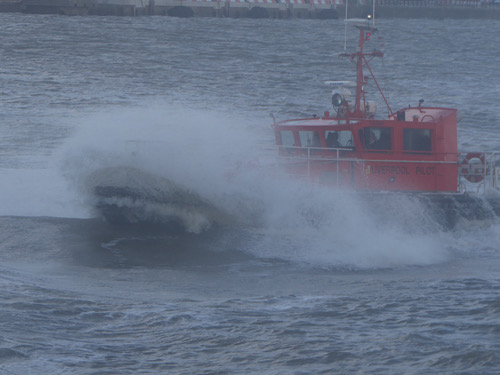 It was going out, presumably to rendezvous with an incoming vessel. To minimise the storms impact it followed directly behind the StenaLine going out. But even in its wake it was still a rough ride.

It was still right behind the StenaLine at least three miles out and still no sign of another vessel. I wouldn't want to be the Pilot climbing from the Pilot boat onto an incoming ship in any weather. But today......