Firecrest still present but mobile and Black Redstart nearby

Heysham Obs
The male Firecrest was still present along the south harbour wall, but more lively, vocal and mobile after eating a huge green caterpillar late yesterday and it was fortunate that it remained until 1250hrs before flying inland.  At one stage it flew and sat on the harbour wall! Amazingly it returned from its excursion back to the original windswept site in mid-afternoon

Black Redstart - f/imm by the old Fishers building near the bend with bad potholes on Gate 38 road mid-morning, but not subsequently in an area with plenty of suitable habitat
Little Gull - adult type Heysham 2 outfall
Guillemot - two in the harbour
Med Gull - 3 adults and a 2CY behind IOM ferry, 1CY Heysham one outfall
Rock Pipit - one by Heysham one outfall
Shag - 1CY harbour mouth and area but very mobile - seen twice during the morning
Skua spp - very dark individual wheeled rapidly into the bay at c1115hrs looked like a juv 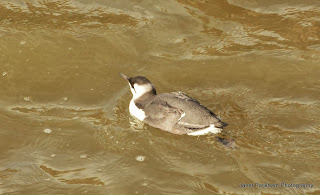 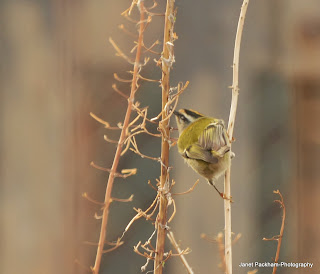 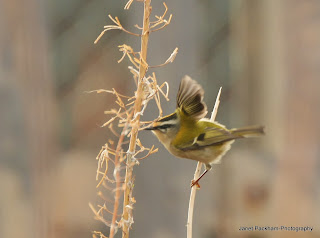 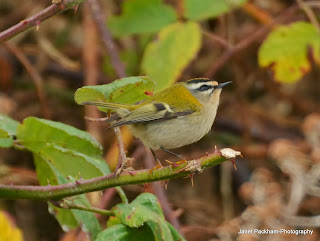 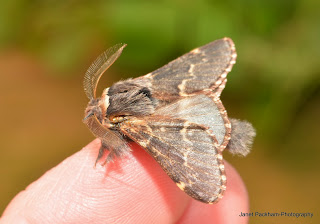 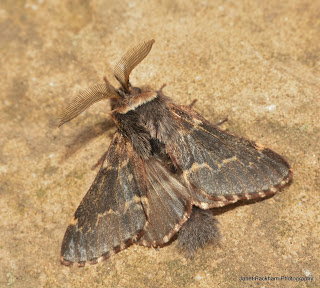