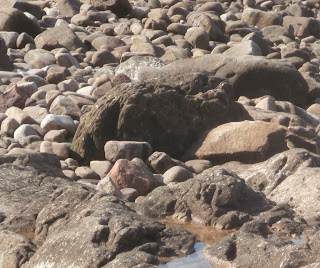 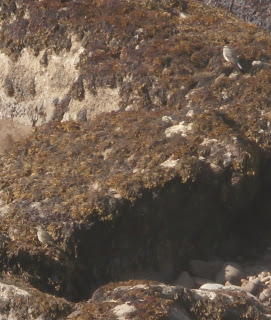 Humming Bird Hawk-moth and Wall brown photographed on buddleia at southern end of landscape strip - where it meets the egress route
Posted by Pete Marsh at 14:58 No comments:

A heron emerged from the reedbed area just before dusk and gave a prolonged view of flight silhoeuttte before heading south east.   Once it had sorted itself out in level flight any worries about the initial ‘take-off’ views were dissipated and it was clearly a bittern for the observer with optics, not a possible night heron.   Always have optics at hand even though you are set up to deal with a swallow catch as rapidly as possible before dusk!

Only c35 swallow this evening -21 ringed

The two rock pipit young were still being fed by one parent with the other fairly close by but ignoring them.   Still giving food begging calls!