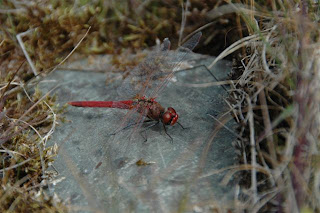 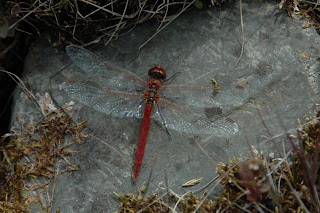 Thanks to John Rayner for these Red-veined Darter pictures
Heysham Obs
Efforts today were concentrated at Middleton IE with ringing in the central and western marsh and a very well-attended dragonfly workshop organised by Graham Jones from the wildlife trust. What a change to get an excellent day for dragonflies i.e. could be found & studied, not whizzing all over the place in sweltering conditions, especially as it was forecasted to be cloudy. Thanks Graham.