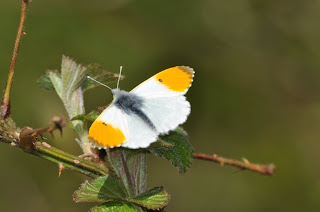 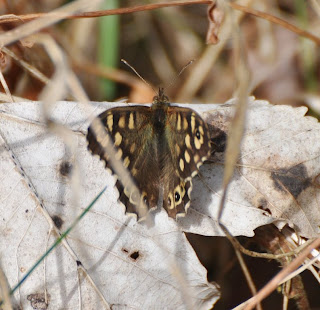 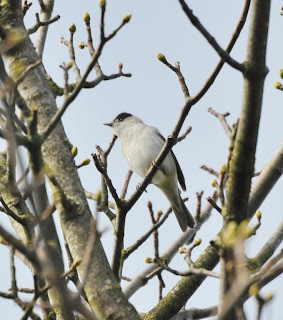 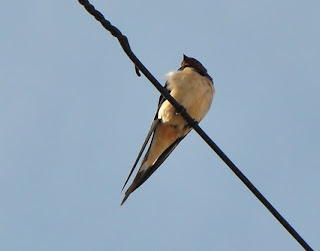 Orange Tip, Speckled Wood, Blackcap & Swallow at Middleton today (thanks Janet)
Heysham Obs
A few bits and bobs this morning, including two sizeable northbound redpoll flocks, one of which joined a singleton we had just released (!) and the other entered the mist net.  This latter flock of 13 were all 2CY, probably female on wing length, and this maybe hints at how early the migration is this year, as this should theoretically be the last age/sex class to be on the move

Heysham NR office area (vis a bit intermittent)
Lesser Redpoll/redpoll spp - all caught were undisputed Lessers (25).  c70 north including flocks of 15 (avoided the net, see above) and 13 (all caught and ringed), but otherwise just ones and twos, in contrast to yesterday when almost all were in small flocks
Blackcap - male ringed
Willow Warbler - at least 5 passed through
Meadow Pipit - 13 north
Goldfinch - 36 north
alba Wagtail - 11 north
Chaffinch - 1 NE
Linnet - 27 north