Strong winds starting SWS then to SW. Heavy showers later in the evening.

I have had no reports of any sightings. And my own forays were underwhelming (MD).
South shore
Wheatear 1 Red Nab
Meadow Pipit 1 Ocean Edge foreshore
Rock pipit 2 on Red Nab plus 1 near waterfall
Mediterranean gulls - 4 adult and a juvenile on the beach near wooden jetty. One 2nd calendar year behind the midday ferry.
Pink-Footed goose - a flock of 34 battled against the wind as they flew south low over the shipping lane. 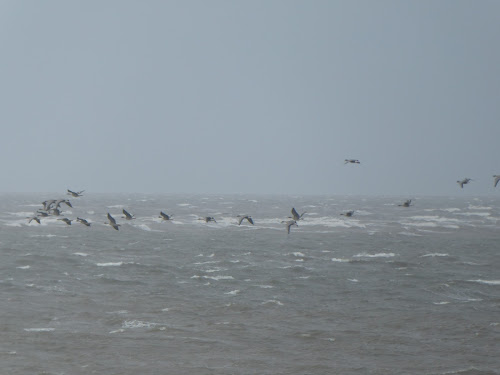 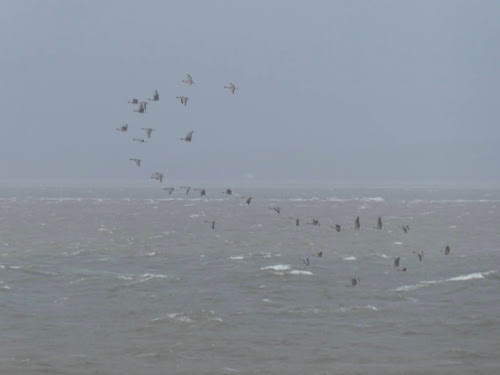 The "formation" became that of necessity. They moved like a caterpillar track, the leading birds quickly tired, gained height then dropped back and down, to allow the next leaders to repeat the process. Progress was painfully slow. Hopefully they were only going as far as the Fylde roosts.
Posted by Pete Marsh at 20:38 No comments: