Heysham Obs
A nice selection of late afternoon waifs and strays in the harbour.  Thanks to Margaret Breaks 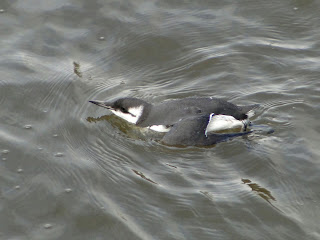 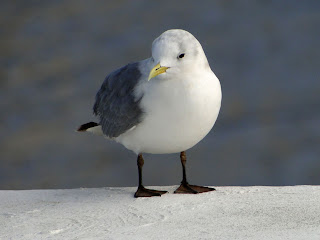 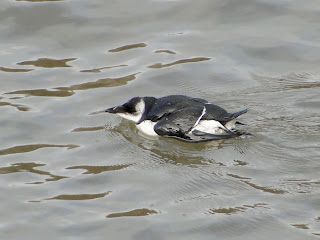 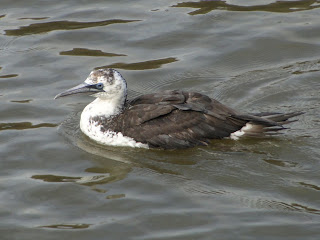 Leach's Petrel - 33-35 out between 0730 and 1630hrs, some nice and close.  In fairly continuous view until about 1120, with some blogging and backtracking making estimates a little difficult.  These figures are on the cautious side.  Thanks To Ian, Tom, Margaret, Tom again, Jean and many others (including people sneaking away from the Oxenhope vis megaspot) for documenting this passage today in what was "shirt-sleeve" weather by late afternoon - NEVER seen Leach's moving in such benign conditions before!
Shag - 1CY on wooden jetty, then presumably the same flew into the harbour late afternoon but promptly disappeared!
Manx Shearwater - one in at about 1130hrs
Great Skua (Bonxie) - one in c1115hrs
Med Gull - 1CY & Ad
Razorbill - 1CY in the harbour late afternoon
Red-throated Diver - one out & one diver sp. out
Kittiwake - juv Heysham 2 outfall
Meadow Pipit - 6SE 0745-0815
Grey Wagtail - 1 SE 0745-0815
Pink-footed Goose - 15+9+40 S
Arctic Tern - 2 juvs out
Guillemot - one in harbour, up to three offshore
Gannet - 2CY in the harbour, eating fisherman's bait!
Wigeon - 5 'out'
Reserve
Willow warbler by the entrance gate
Posted by Pete Marsh at 09:28 No comments: