Survival of the fittest and a brand new waterfall

A few birds struggling today, notably a Redshank in the seawall roost at the heliport which keeled over, rolled down the slope and drowned.  What a way to go.  As can be seen below, quite a lot of displacement including the first Golden Plover and Fieldfare of the year

Knowlys Road lower section vantage point
The Eider were doing there usual fly back north in the latter stages of the tide and included two plain-winged scoter spp, presumably Common slightly further out than the Eider line.
Velvet Scoter - drake flew in along the Eider line about 1430, having just previously been located floating out 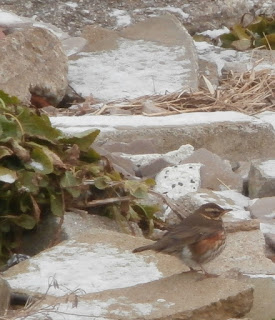 1 Skylark
1 Dunlin was very confiding, flew in to less than 2m from me to feed (see pic below) 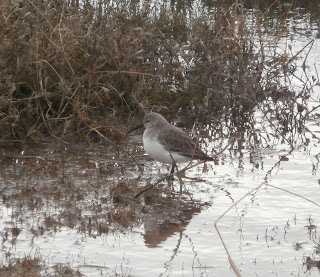 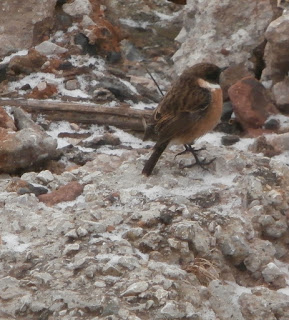 Harbour area
The gulls in the harbour, including Iceland, were feeding under the opposite waterfall. Presumably something has changed to allow this one to provide a food source. This is good news for visitors for two reasons:
1. It is much easier to see from inner harbour
2. Remains uncovered on all but the highest high tide
Location shot attached (the Iceland is on this) 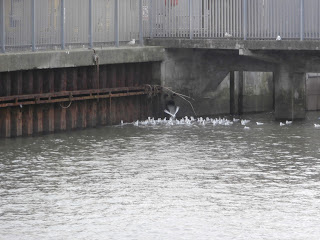