The wind eased off during the day and shifted to the west. Rain early on then mainly dry.
Two checks of south shore
late morning
Common tern 5 adult on and around Outflows
Rock Pipits - 2 together on Ocean Edge foreshore. 1 near lighthouse
Late afternoon
Common Tern - just one remaining
Mediterranean gull 2 adult on beach near wooden jetty.
The Sea Holly near Red Nab is in flower 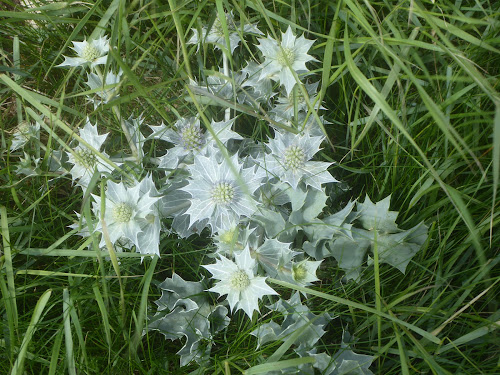 Subtle but striking at the same time.
Middleton Nature Reserve early evening
The sun had come out and the temperature had risen to 17C. So just a 100m walk along western side of main pond, a peek at the “no swimming” pond and back, mainly to see to how the insects were doing.
The only dragonfly seen was one male Black-Tailed Skimmer. Plenty of damselflies.
Butterflies: Meadow Brown, Ringlet and Small Skipper.
Warblers: singing males - Willow Warbler, Chiffchaff, Blackcap and Sedge Warbler
Little grebe 1 adult on main pond. Plus this adult and young bird feeding together on the “no swimming” Pond 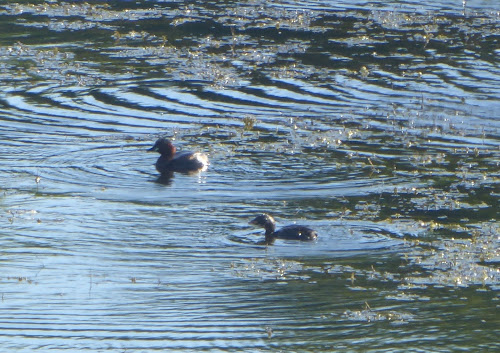 Rest of wildfowl as per last report
Posted by Pete Marsh at 20:29 No comments: