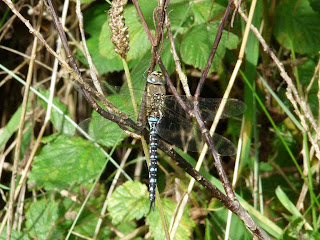 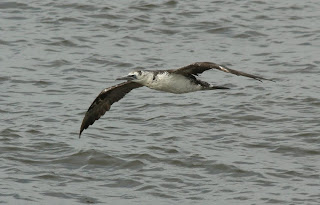 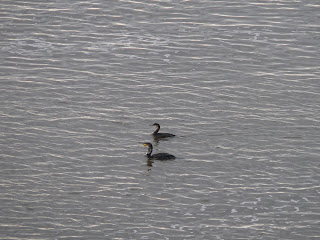 Thanks to Janet for the Migrant Hawker, Mike Baron for the Gannet and Sean for the good comparative shot of a 1CY Shag which visited the harbourmouth late afternoon.  The Gannet was one of two present today, sadly probably on the way out, despite at least being able to fly..........maybe not, they were nowhere to be seen in the afternoon
Heysham Obs
Southerly winds are normally fairly useless, especially when you dont expect them to be in spring.  This morning was a little better than usual helped by early morning cloud cover & a smattering of first light drizzle

pre-High Tide at the Helipad (Sean)