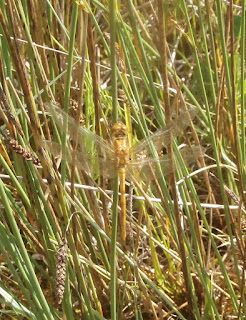 Poor breeding season for waterfowl on Middleton.  Mute Swan down to one chick by all accounts.  No obvious sign of successful Little Grebe.   Gadwall chicks down to 7+2