Wish I had videoed this late morning as the Oystercatcher roost was bombarded by flying objects with one being bowled over by a whack from a 2 litre milk carton.  This was the accumulation of rubbish which had dried out after being trapped under the vegetation until the heliport was recently cut and the blustery easterly gale did the rest with a lot of swirling about below the seawall.  The Oystercatchers either departed or moved on to the grass at the top.  No wonder the seas are full of plastic and other rubbish

Pale-bellied Brent Geese - all pale-bellied today
7 of them but only two remained on Ocean Edge as the tide was nearing full.  Photos in sequence as the tide came in showing the north to south movement, presumably because the original two adopting this strategy with the tide have returned bringing some mates (Knowlys, off the village, fly round to red nab, oe saltmarsh, potts corner area).  Thanks Malcolm. 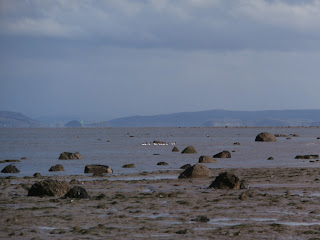 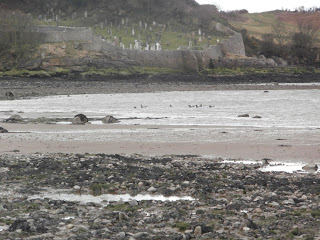 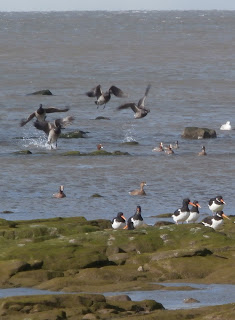