A few bits and bobs from a fairly early start this am, most of them in these better pics - original deleted! 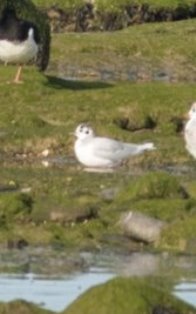 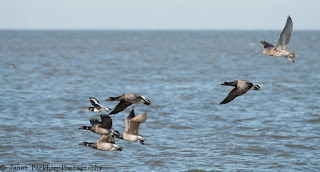 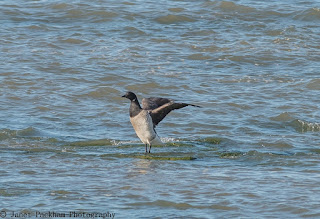 Thanks Janet - Red Nab; some of the pale-bellied Brent plus the Little Gull
Brent Goose - Two dark-bellied and eight pale-bellied Red Nab on the incoming tide (with 6 (of these??) off the children's play area as seen from Knowlys road earlier)
Little Gull - adult winter on outfalls then on Red Nab then around rest of day
Blackcap - male Red Nab bushes - first of year
Red-throated Diver - 3 sp birds in
Rock Pipit - 1
Meadow Pipit - no more than 26 overhead
Siskin - 2 north
Goldcrest - 2 ringed
No sign Iceland Gull first thing despite loads of gulls on waterfall and area
Grey Seal - one offshore
Nags are back in the paddocks off Knowlys road
Posted by Pete Marsh at 10:27 No comments: