Living up to the prediction?

Heysham Obs
A Ring Ouzel was seen (and the first Brambling of the autumn overhead) and later a 1CY Yellow-browed Warbler was caught in the net by the offices.  This had rather dull wingbars on the right wing and the pale tips to the tertials were also worn away.  The 'left hand side' was more typical.  No sign of yesterdays Black Redstart in a brief search. 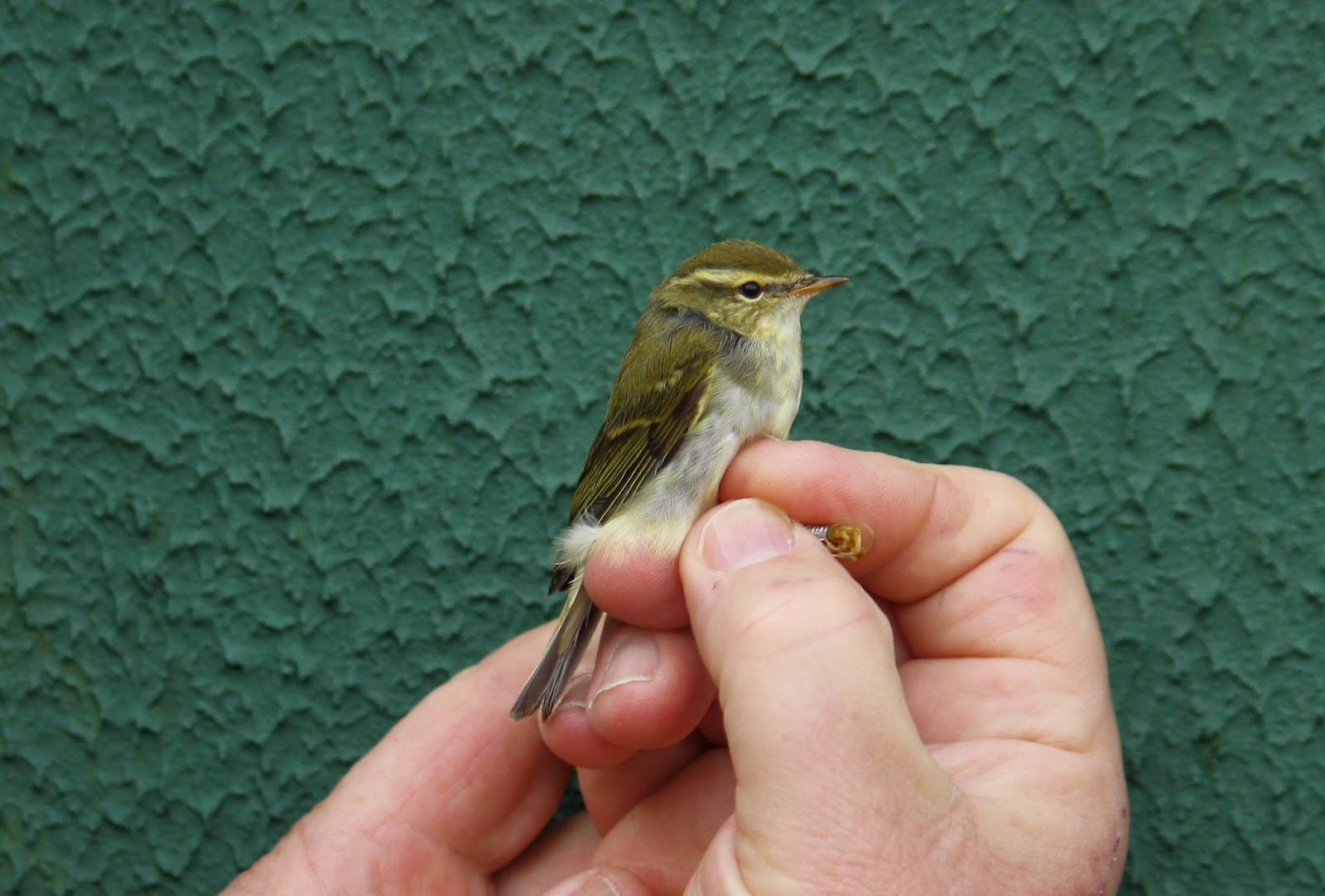 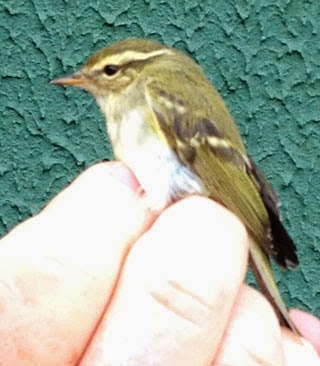 Grounded
Yellow-browed Warbler - one caught by the offices at 0900, showed on release in willows by the dipping pond to 0930, then seen in same place by visiting birder (thanks Lou) at 1250hrs (at least)
Chiffchaff - one by office, one Middleton NR
Goldcrest - just 6 on extensive check
Treecreeper - two HNR, one by dog-walk pond (and one Heysham head) - a good showing for here
Blackbird - 17, mainly Middleton, absent HNR
Redwing - 75 - all Middleton, none HNR circuit
Blackcap - female ringed by the office
Robin - unringed bird caught