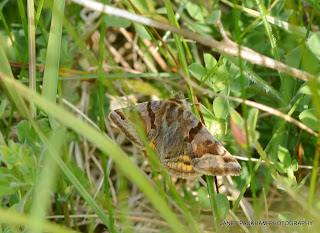 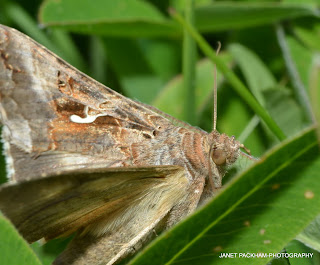 Gull fest but no Marsh Warbler

Heysham Obs
Unfortunately an eastern kingbird type of starry sky sent the Marsh Warbler on its way at or soon after the last bit of song at 1122pm.  People were there overnight/from dawn at again at least 0530hrs.  Sorry your efforts were wasted

However, the gulls on the outfalls are a stray rarity waiting to happen.  There are more than I have ever seen at this time of year and it took ages to locate

Could easily have missed something.  Worth allocating an hour or so's grilling over the low tide period or early incoming tide (not at high tide)

Moths last night at Middleton took a bit of a back seat but did allow the pleasure of year-ticking Heart and Dart after a long frustrating wait in this late year
Posted by Pete Marsh at 10:27 No comments:

At 1020pm arrived at Middleton NR for a moth trapping session with Justine Patton and there were three species of bird signing: 3-4 Grasshopper Warbler, 1-2 Reed Warbler and another warbler with a wide range of repetitious high-pitched trills, blackbird alarm-type, song thrush song, thrush nightingale like bits, sardinian warbler like rattling churr etc etc etc. I'm familiar with Blyths Reed Warbler and it did not contain the descending 'pee-poo' phrase I always associate with this species. Am not very familiar with Marsh Warbler and complete range of mimicry but this certainly seems by far the most likely explanation

It carried on singing until 1122pm with a few short breaks during the last 15 mins as though 'winding down'. Unfortunately there was a very clear sky and no further song prior to leaving at 1245hrs, despite a couple of Reed Warbler starting up for a bit. Hopefully it has not migrated.

At least one person is overnighting, so hopefully some early news. It's in the southern section of the central marsh and audible from the entrance gate to the sewage works. However, access may need to be the 'long way round' if the gate is locked in the morning

Research and listening to tapes, as expected, confirmed the identification as Marsh Warbler with the likes of Blyth's Reed ruled out. There was not the remotest possibility that this was a Reed Warbler entering Britain's Got Talent - they can sometimes be a bit more adventurous than the usual chugging song but the basic rhythm is (invariably?) included within the structure of such birds. Nevertheless errors are made. Obviously |Sedge Warbler was quickly eliminated during the first 10 seconds!