A fairly comprehensive breeding bird survey of EDF property took place today - if anyone within the operational areas of the power station has anything to add, please email Pete (see sidebar for details).  Examples would be Mistle Thrush, Pied Wagtail and other things which like using buildings.

On the positive side were a singing male Goldcrest, singing male Garden Warbler (possibly a late migrant) and an Oystercatcher on a nest - none of these three have been proved to breed successfully before. On the downside, no Ringed Plover, no Grasshopper Warbler (Trimpell tanks were checked)no Reed Warbler (yet? - they can be late), seemingly no Great Spotted Woodpecker and similarly no Water Rail.  Willow Warbler were in above average numbers with most of the rest of the stuff 'as expected' 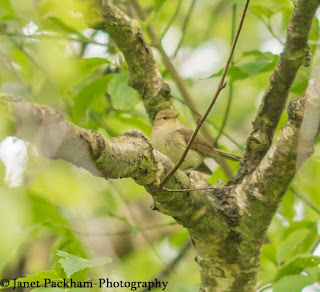 For the first time for a long time, the sea received no coverage!

Middleton news (thanks Malcolm)
Little grebe on Tim Butler, not sure if this is a different bird or a commuter from model boat pond (or visa versa).
No swimming pond Cetti's singing.
Grasshopper warbler very vocal to west of western marsh.
1 Gadwall 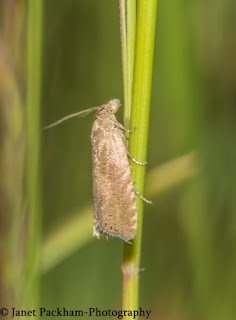