Another half decent insect event

Heysham Obs
As last Saturday, the weather was again kind to an insect event, this time butterflies, especially looking at the forecast for the rest of the week

Birds
Ringing at Middleton and Heysham again revealed a dearth of young birds, although 10 Sedge Warblers were caught in a prolonged session at Middleton.  Just the one Grasshopper Warbler materialised in the nets although Janet was able to photograph a singing male on nearby Heysham Moss.  Thanks Janet. 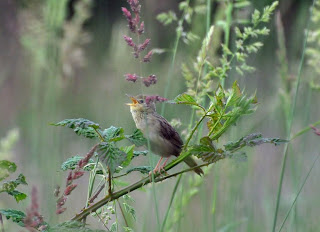 Gatekeeper - first of the year on the reserve
Burnet Companion - surely the last of the year?
Ebulea (or now Anania) crocealis found at Middleton (thanks Geoff)
Currant Pug the star of the moth trap
Posted by Pete Marsh at 15:18 No comments: