A light SW wind. Overcast with light showers in the morning, but the sun came out mid afternoon.

Red Nab/Saltmarsh - high water 10:40 (MD)
Eider 1 female
Redshank 2
Mediterranean gull 23 - 19 adult, 1 x 3rd calendar year, 2 x 2nd calendar year, 1 juvenile. No darvic rings seen.
Rock Pipit 2 - one each Red Nab and foreshore
Hummingbird Hawkmoth 1 on shingles north of the slipway  - it managed to avoid being photographed today.
Just out of the recording area - Heysham Moss Nature Reserve (MD)
A very pleasant early evening stroll around.
Surprisingly few birds:
Blackcap
Chiffchaff
Wren
Carrion Crow
Magpie
Butterflies:
Whites several - all looked to be Small White
Meadow Brown everywhere
Ringlet a few quite worn
Small Skipper
Small Tortoiseshell 2
Dragonflies - this is what I went to check
Emperor 3
Four-Spotted Chaser 15+ these were the dominant dragonflies around the pools. Each pool had at least two, many ovipositoring
Common Darter only 2 seen
Black Darter 16+ These were the most numerous dragonflies, but many away from the pools. Unlike last year when I visited a little later, there were almost as many female as males (9 and 7) 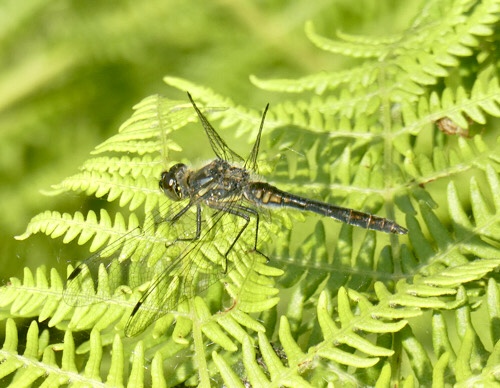 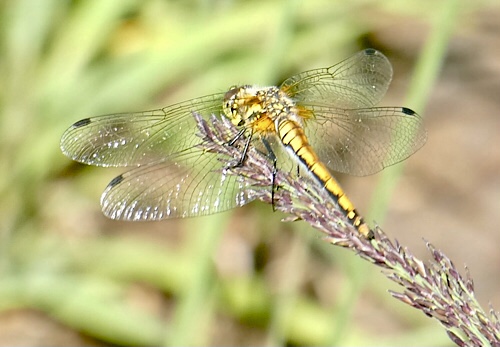 The peat bogs were alive with insects. Every pool had it's own tribe of flies. I don't think these have a common name, but they should, they certainly are common. If you know please advise.
This comment from Barry Dyson (thanks) - The flies are one of the long-legged flies and as far as I can see are Poecilobothrus nobilitatus.
Those flies were big enough, but these were huge
Posted by Pete Marsh at 20:48 1 comment: