The SW wind eased to a breeze, generally overcast but some prolonged sunny spells.
Only my stuff so far hopefully more to come (MD)
South wall
Mediterranean gull:
10:30 - ebbing tide just exposing the beach by wooden jetty 7 adult plus 1 3rd calendar year, arrived early to feed, unfortunately none were ringed.
16:00 - flooding tide starting to cover beach 18 adult, 2 x 3cy and 1 juvenile.
Initially all were resting, some on rocks some on beach. Two of the adult on beach were ringed, but out of range for reading and they flew off when tide reached them. The birds from the rocks moved to beach and fed on sand mason worms.
Nothing of note on outflows. Red Nab not checked
These Lesser Black-Backed gull juveniles were being fed 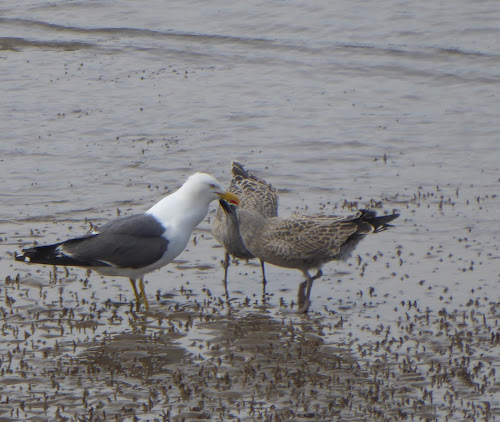 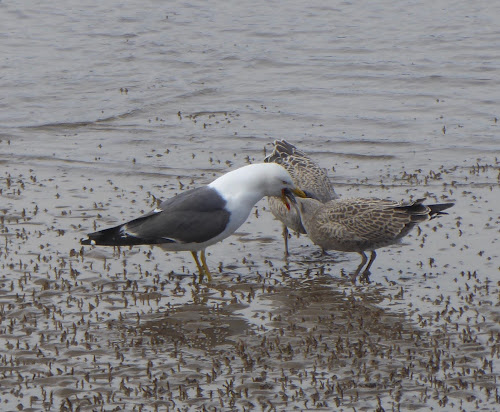 ......and out pops food
Middleton Nature Reserve - early evening
Just a quick check of the two main ponds
The only thing you could describe as "active" were the Gatekeepers, who seemed to be everywhere.
There are only two remaining cygnets on the main pond, originally five. There seems to be one less each time I visit. No evidence of the culprit(s).
Still at least two Little grebe.
The only dragonfly seen was this female Common Darter 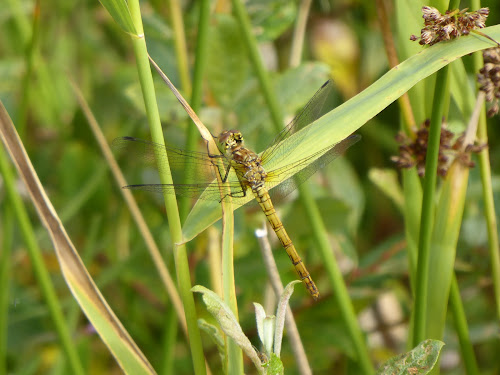