At last the Blackcaps materialise

Just received the ringing totals list for the month from Alan and they make quite interesting reading with respect to relative abundances of migrants during the month.   It did seem that many of the locally-bred warblers deserted the rather dry 'wetlands' of Middleton nature reserve, at least in the ringing area.  The exceptions were Lesser Whitethroat and Whitethroat, and, today, Blackcap (16 out of the monthly total of 42 ringed today).  The main feature of the month - and I know this compared to plenty at some other coastal sites - was the comparative redundancy of AA rings.  Only 69 size AA rings were used all month with 43 of these on Willow Warbler - the vast majority early in the month with no late passage of this species.  Not a single Long-tailed Tit flock passed though the Heysham or Middleton mist net rides and Chiffchaffs were in very short supply but will hopefully kick off in September.  Another species which seemed to desert the wetlands was Reed Bunting with just two ringed, one a probable vis mig bird today.  Sedge Warblers were typically low in August but Reed Warblers were in good numbers for here with far more than usual trapped out of habitat at Heysham NR office nets.  No Swallow roost materialised in August this year at Middleton 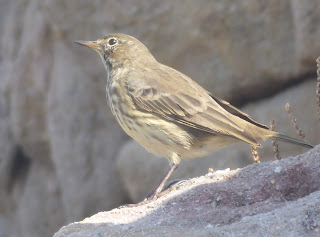 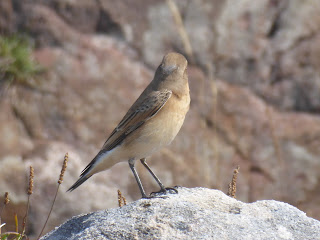