Water Rail heard at northern end of reserve and in the central marsh.

Mid morning (MD)  - I was hoping that the aggressive male Mute family on the "no swimming" pond would be deterred from claiming the, better feeding opportunities, main pond, by the presence on the additional 4 adult/immature birds with the resident pair. But presumably the increased water level on the "no swimming" was the final straw, and they have now made their move.
The situation on the main pond this morning was:
The resident pair with two remaining cygnets were defending the south side of the pond, where the main visitor feeding area is.
The aggressive male with his mate and three cygnets were occupying the north end.
There was one dead adult/2cy on the peninsula, the other three were nowhere to be seen.
I doubt the aggressive male will be satisfied with this situation, but the resident male is bigger this year and has spent the summer warding off the visiting adults. Whatever the outcome, I very much doubt that it will be amicable!
The rest of the wildfowl and insects as yesterday.

Lighthouse area (MD)
Only a few Small White and Small Tortoiseshell coming in off the sea. There was more north in the breeze than east for most of the day.
Rock Pipit 1
Mediterranean Gull - 4 adult and 2 juvenile all almost in winter plumage. 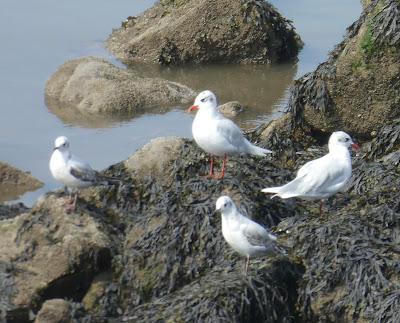 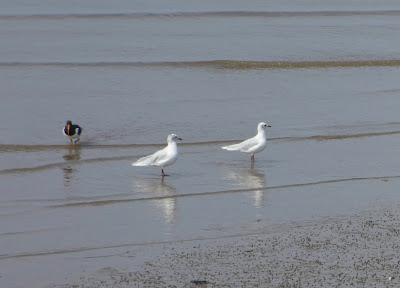