A surprisingly cool SW wind eased during the day. Rain showers early on then mainly overcast.

Red Kite 1. This is only the second sighting for the recording area, the only previous one being last August.
South wall 14:23 (MD). The Kite was high above the Power Stations heading NE. Although the gulls weren't happy there was nothing like the commotion that they greet an Osprey with. 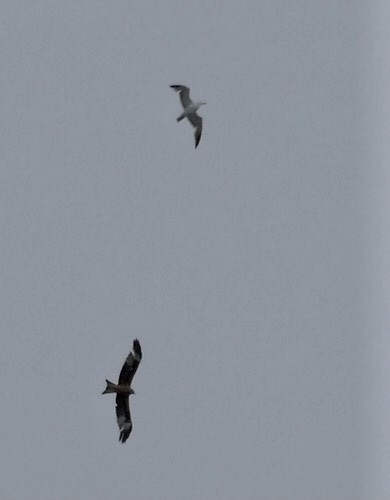 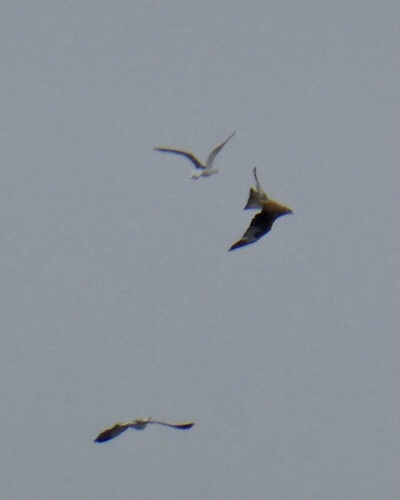 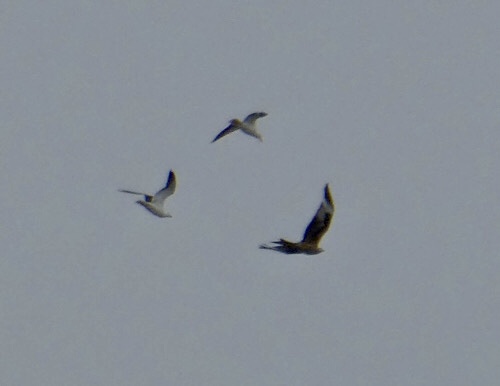 It must have turned to the east as a few minutes later it was seen passing over Middleton Nature Reserve by Alan Physick.
Not much else on the south shore, just one Rock Pipit seen taking food to the lighthouse nest area.
There was also little to see on the skear earlier (although it might had been better if I'd remembered to take my binoculars!)
Eider 2
Great Crested Grebe 1
Little Egret 8
But there were a lot of young Lion's Mane Jellyfish, c20 in the 100m of waterline just before the SE corner of the skear.
This clip gives you a better idea of the form:
And this shot an idea of size.
Posted by Pete Marsh at 20:34 No comments: