Meds join in on anting feast

A better day with warm SW light winds and quite a bit of sunshine.
Red Nab area rising tide (PM, MJ, JP)
Mediterranean gulls - 12 (one Juv, one metal ringed adult on left tibia).
And this German ringed adult - ringed as nestling 2012, and seen previously in Heysham 2017, 2018 and 2019 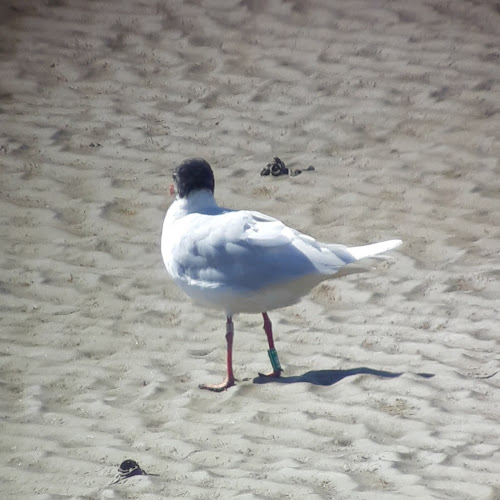 Matt Jackson did really well to read and photograph this, as it was a long way out on beach.
Janet photographed one on the Rock Pipits 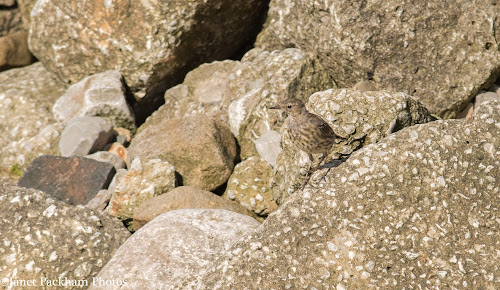 Very hard to see them against the rocks - just as well they are noisy little peepers!
Middleton Nature Reserve late afternoon (MD)
There was a major emergence of flying ants. They were being eaten at every level.
The Blackbirds and Dunnock On the the ground - both soon full
There weren't many dragonfly around today, but the Emperors were feeding up to 3m high.
C200 Black-Headed Gull from 3m upwards 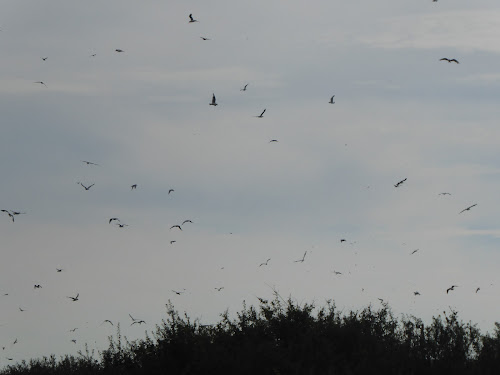 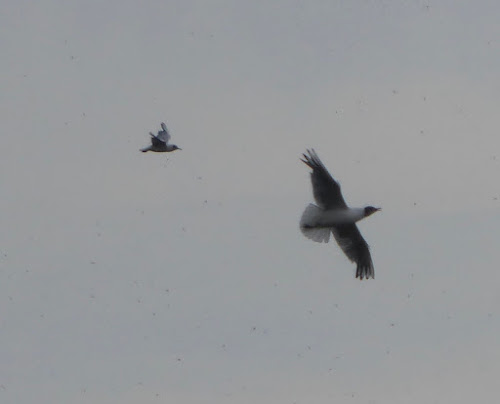 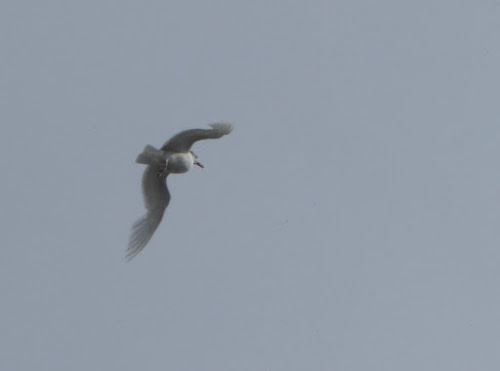 This is one of them
Above the gulls were an absolute minimum
Swallow 25
House Martin 10
Swift 50 - a knowledgeable couple on car park as I was leaving said they saw 60 - 70 Swift leaving to the south
The single large swarm split into three and the birds followed and also dispersed, presumably sated.
A lot of the BHG and at least one Med settled on the main pond for a drink. 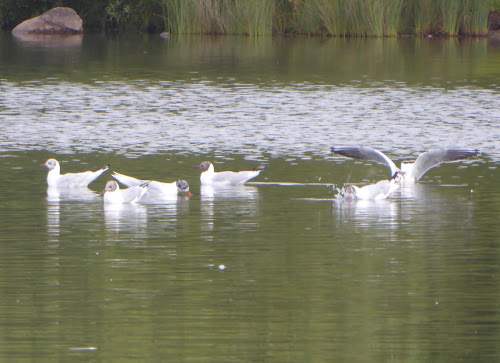 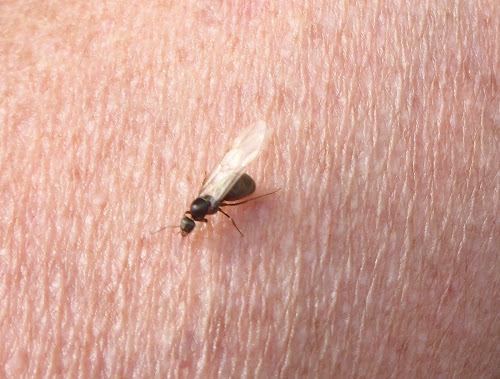 And this is what it was all about.
Posted by Pete Marsh at 21:03 No comments: