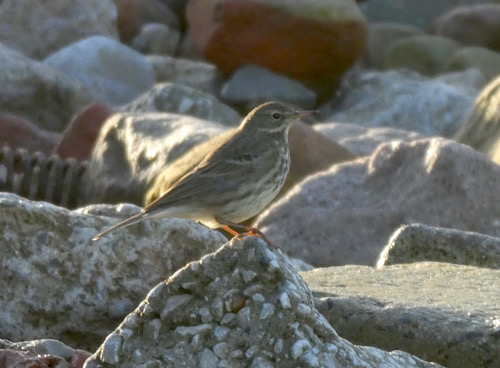 The sun is directly behind and is shining through the left leg, making it look orange. The right leg is largely in the shade and the true colour.
Dunnock rarely get a mention, but this is a nice shot in full sun. 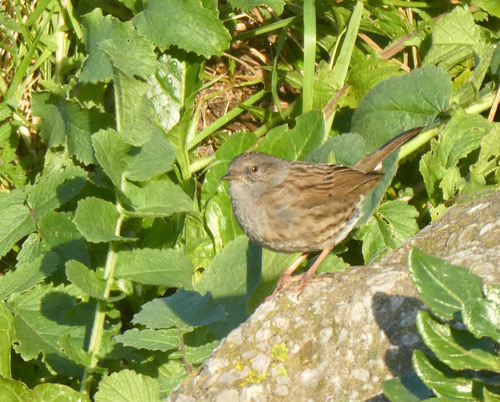 Even such an apparently "plain" bird can be confusing in different lighting conditions. I have confused them with all sorts over the years! (MD)
Kittiwake 2 adult offshore, presumably followed the StenaLine in
Howard managed to read some Knot rings in the heliport area - details awaited
Middleton Nature Reserve- mid morning
Gadwall 8
Little grebe 2
Miserable as it is, as the days shorten, one plus is that the increasing sparse foliage does allow a better view of small stuff flitting through the trees.
A mixed tit feeding flock went through as well as the tits there were:
Blackcap 1 male
Chiffchaff 1
Great Spotted Woodpecker 1 arrived and left with the flock, not sure if it was actually in association or just coincidence.
I quite like these, slightly unusual shots - both these, plus several others were ringed.

Kevin took this shot to highlight the size and shape difference between a Herring gull and a Great Black-Backed gull.
Posted by Pete Marsh at 20:10 No comments: