Iceland Gull - waterfall area late am then found on the model boat pond mid-pm - presumably because the freshwater bathing at red nab underwater? 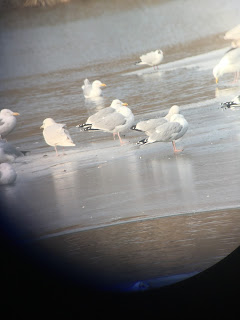