Last Littles for a while?

The strong SW to WSW winds continued all day, but they are forecast to ease overnight and then become variable in direction. Heavy hail showers punctuated the day.
Pete and Jean had a lunchtime check.
Shag 1 juvenile in the harbour - yesterday I made the comment that fishing at the waterfall is easy at the right times. Just to show that we don't just pick glib comments out of a hat, this is a clip I took of a Cormorant feeding at the waterfall earlier in the week. It catches three small fish in just three short dives. The young Shag also makes a brief appearance in this clip (you may need to view in slow motion to see the fish).
Black Redstart - 1 female/immature on the fence in the security sensitive area along the single track to harbour (this bird cannot be searched for here, but it is sometimes seen in transit to or from the harbour).
Little Gull 1 adult
Kittiwake 1 adult
Both the above on the Power Station outflows
Later in the afternoon, towards high water, both myself and Tim had a walk along the south sea wall.
Pale Bellied Brent goose 42 flew from the north side to Red Nab at 15:05
Wigeon c200 - Tim took this short clip with his mobile as a wave of Wigeon approached Red Nab on the rising tide.
Rock Pipit 2
Kittiwake 2 adult at least patrolling the sea wall
Little Gull 1 adult plus 1 first winter on No.2 outflow
In this clip the adult finds a fish, or piece of fish. 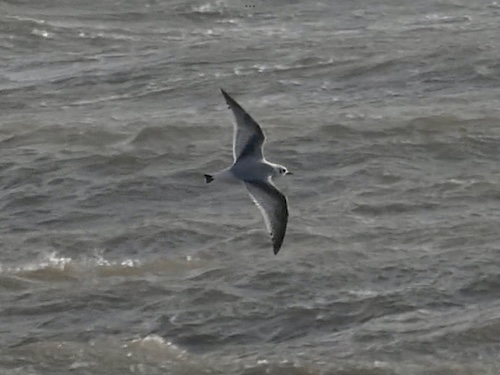 Kevin Singleton had a brief look around Half Moon Bay and took these nice shots of a Curlew: 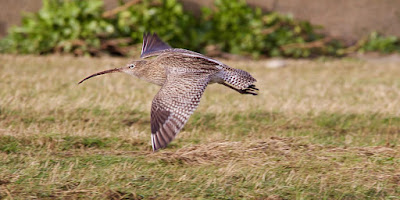 It was a lot colder than it looks on these shots!
Posted by Pete Marsh at 20:45